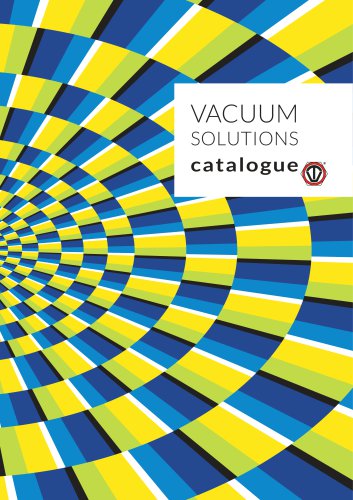 A FIELD OF INNOVATION The nature of the vacuums constitutes a philosophical and scientific problem that has aroused the interest of eclectic personalities since the Hellenistic age. The first to theorise its properties was politician, jurist, scientist and physicist Otto von Guericke who in 1650 invented the first pneumatic pump suitable for its generation, creating the conditions for a type of technology that today is commonly used in the production processes that characterise multiple industrial sectors . The numerous applications where the use of vacuums is strategic give rise to...

OVER FORTY YEARS EXPERIENCE IN CUSTOMER SERVICE Vuototecnica was founded in 1975 thanks to the fortunate intuition of its founder, Giuliano Bosi, who invented and patented a new type of solenoid vacuum valve. The first models created were part of the DDN series, still in production today. From the start, the company's propensity has always been to combine specialised experience with a constant desire for innovation, to optimise production processes and industrial dynamics in many application fields. In fact, the initial production of these solenoid valves led to the design and realisation...

THE PUSH TOWARDS INTERNATIONALISATION Since the early years of its operation, Vuototecnica has focused on a capillary commercial network, composed of distributors and retailers, to cover its national territory. At the beginning of 2012, this national territory was subdivided into areas, including one or more regions, and entrusted to partners, with the specific task of disseminating and marketing Vuototecnica products and providing technical support to customers located in their area. The focus on foreign markets, first and foremost European, began in the mid-1980s, as the company gradually...

HISTORY OF THE CONCEPT OF A VACUUM The question of the existence of vacuums and the very definition of the concept of vacuums has interested the most brilliant philosophical and scientific minds in the world since antiquity. ANCIENT GREECE The universe of Democritus was composed of eternal and immutable entities, which he referred to as atoms (that is, indivisible). To justify the natural processes and the becoming of reality, he attributed to Atoms movement and, with them, a vacuum; that is, the space within which movement is exercised. Within Democritus's vacuum, each atom moves in a...

MIDDLE AGES In the fifth century, Giovanni Filopono criticised the Aristotelian theory of vacuums and laid the foundations for what was revived as the theory of impetus in the thirteenth and fourteenth centuries. According to Filipono, the motion of the projectile is due to the action of a "kinetic incorporeal force," which is impressed on the projectile at the time of launching (prefiguring what we now call momentum), and the resistance of the medium is reduced to a simple additional component. Movement in the vacuum thus becomes possible. Around the tenth or eleventh century, the diatribe...

If it was true that it was the air pressing on the mercury contained in the basin that raised the air present in the glass tube, decreasing the weight of the overlying air should also decrease the level of mercury inside the glass tube. "This experience fell to Torricelli, its first inventor, who argued that quicksilver and any other fluid at certain heights could be sustained by the external natural pressure of air". Saggi di naturali esperienze fatte nell’Accademia del Cimento, Firenze (Essays of Natural Experiments: Made in the Academie Del Cimento, Florence) (1666) Tables on the effects...

Esperienza degli emisferi di Magdeburgo (Experience of the Magdeburg hemispheres) (1654) Gaspar Schott, Meccanica hydraulico-pneumatica (Hydraulic-pneumatic mechanics), Würzburg (1657) Pneumatic pump by Otto von Guericke Otto von Guericke, Esperimenta Nova (ut vocantur) Magdeburgica De Vacuo Spatio, Amsterdam (1672) In another experiment conducted in the same year, twenty people could not hold back a piston that would recede if connected to a chamber in which a vacuum had been made: this is the first example of a cylinder and piston engine. Robert Boyle (1627 - 1691) perfected von...

Christian Huygens and Robert Hooke (1635 - 1702) also worked on the vacuum pump. In those years, observations on the variations in atmospheric pressure continued: in 1660, von Guericke observed the fluctuation in his large water barometer and a sudden fall allowed him to foresee the arrival of a storm in advance. Apparato sperimentale per la caduta dei gravi nel vuoto (Experimental apparatus for masses falling in a vacuum) Gjean Antoine Nollet, Leçons de physique expèrimentale, Paris (1743 - 1748) In 1686, astronomer Edmond Halley succeeded in presenting a reliable formula for determining...

All VUOTOTECNICA catalogs and technical brochures