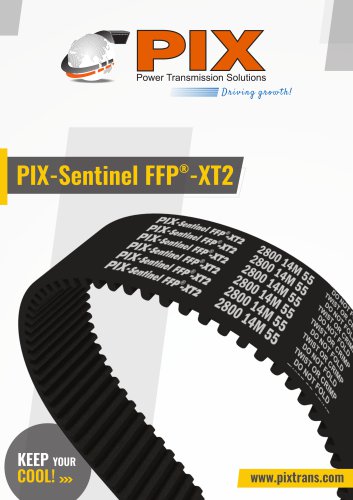 PIX-Sentinel FFP®-XT2 Fin-fan Timing Belts Air-cooled heat exchangers are fitted with high-speed drives, operating at elevated torque levels. The Belts are consistently exposed to water, steam, humidity, oil and chemicals. They are mounted over a vertical drive, hence the Belts have to be tensioned optimally and the construction of the Belt should facilitate negligible or zero elongation to avoid the slip-down. PIX-Sentinel Belts are exceptionally outlined to withstand the uttermost harsh and non-stop working environments. The robust construction of the Belts renders higher power efficiency...