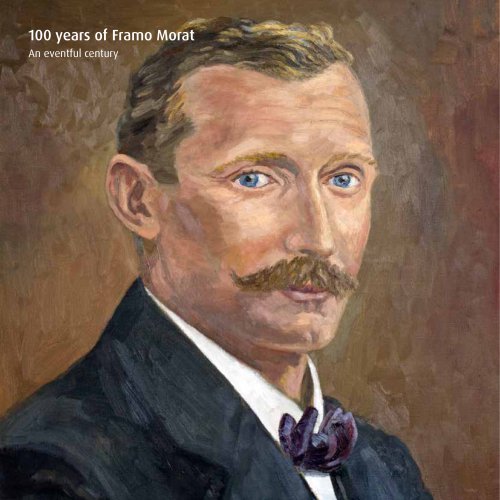 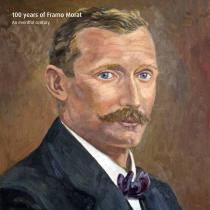 Thinkers, inventors, entrepreneurs 100 years of Framo Morat – this is not just the chronology of an junior, started looking for new sales markets and drove forward the industrial company from Eisenbach in the Black Forest. 100 years company’s international strategy in order to offset the effects of of Framo Morat is also the story of a family of passionate thinkers the economic crash. He commuted between Paris and Eisenbach, and inventors. It was started by Karl Morat who, thanks to his excel­ and later London. With his company Framex, founded in 1932, lent spindle drills and drilling...

Small wheels for the world’s gears Breakthrough to worldwide markets From Eisenbach to Australia Gear wheels, counters and worm gears may sound small and modest. But if one looks at where, all over the world, these small wheels from the Black Forest drive things – and drive things forward – one soon recognises the modern, internationally oriented high-tech company of today. Business connections to Russia and Australia were already listed in the first order books. Franz Morat junior then travelled to the USA by ship in order to open up new markets. The company was by no means breaking new...

Revolutionary inventions Shutter releases The triggers and shutter releases for photography, with which the company was very successful during the 1920s and 1930s, were based on typical clock drives. Self-timers, pressure gauges, direction indicators In the first few years following the founding of his company, Franz Morat senior largely continued his previous activities: he produced pressure gauges, spring drives and counters, registers as well as gearwheels for the watch and clock industry. In the 1920s he expanded the range of products with timers and shutter releases for photography,...

Success due to precision and design Knitting machines, laboratory equipment, overhead projectors, customer-specific drives After the war the company principally produced gearwheels, screws and, from 1953, worm gears. Because, however, production at the works in Eisenbach had been heavily restricted due to the dis­ mantling of machines by the French occupation forces, Franz Morat junior felt he had no choice but to seek new business fields in the American Zone. He merged the medical technology company Hellige and a circular knitting machine producer to pro­ duce Hellige Morat & Co. GmbH (a...

We keep the world moving Geared motors; rehabilitation, mobility and medical equipment There was a small technical revolution in 1981 with the introduction of the “Compacta” slip-on geared motor. It accommodates the motor, drive and limit switch in the smallest of spaces so that it advanced to become what is still a very popular product in mechanical engineering. The “Mini” linear actuator ultimately impresses with its universal linear drive and integrated limit switch. As a result of customerspecific modifications, these geared motors also offer universal use – they are employed in sheet...

Renewable energies and e-mobility Sun and wind – the future belongs to renewable energies, something Framo Morat believes in passionately. This passion can be found in the transport lifts and pitch drives of wind turbines, as well as in the trackers for guiding solar modules. In the modules, worm gears, linear and rotary actuators ensure, for example, that the sunlight is always perpendicular to the solar cells. This allows module per­ormance f to be increased by up to 45%, depending on the technology and geographical location. All drive components are especially designed for use in sun,...

The work is changing but the dedication remains the same Stories from the past Memories of eventful and exciting times Training at Franz Morat! During the 1950s and 1960s, young men whole region. The cosmopolitan Franz Morat junior was particularly from Eisenbach did not have to think long about what they should interested in their integration. People from every part of Germany do for their career after leaving school because their fathers and and all over the world now work at Framo Morat. And even if today’s grandfathers had already trained here. The only question was whether youth can...

Trained, experienced and deeply rooted The people behind the technology Working at Framo Morat is far more than just a “job”. Those who work here are part of a community with a long tradition, part of a “large family” in which young and old learn from one another and people provide mutual support. From the very first day of one’s training until one’s well deserved pension. Employee satisfaction is a measurable value in the company: 40, 50 years of employment is completely normal at Framo Morat. This close connection with the company also applies for the management. And even if those who...

We’ve moved a lot in 100 years The wheels that mean the world A wide-ranging product portfolio worm gears are produced at the company annually. diameter with straight or angled, internal or external toothing – gearwheels are produced exactly to customer specifications. parts are to be found in the drive of a component mixing device used in dental technology. of thrust is created by the “LinearChain” push-pull chain with a stroke length of 2 m, unguided chain and guided load. standard stroke length with a very short housing – the “Mini” linear actuator. is the angle that the stair lift drive... 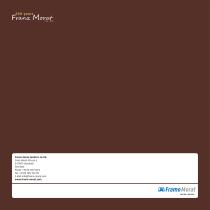