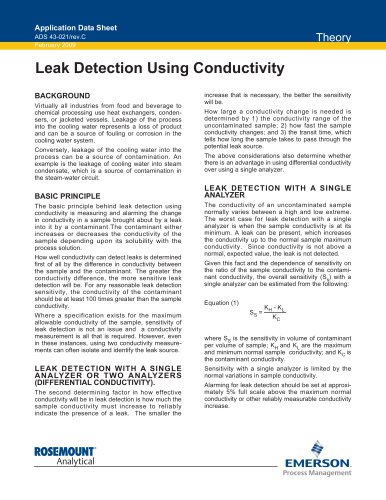 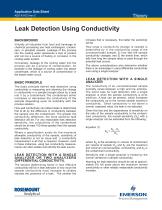 DIFFERENTIAL CONDUCTIVITY Using two conductivity analyzers, one before and the second after the possible leak source, can cancel out the normal changes in sample conductivity by looking at the difference in the two measurements. Ideally, any conductivity difference should be due to a leak, which is usually a relatively small change, resulting in good sensitivity. In the real world, how fast changes occur in the normal sample’s conductivity, how fast the transit time of the sample is, and as well as how normal errors of measurement can occur, will decrease the sensitivity of differential... 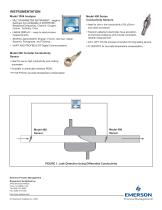