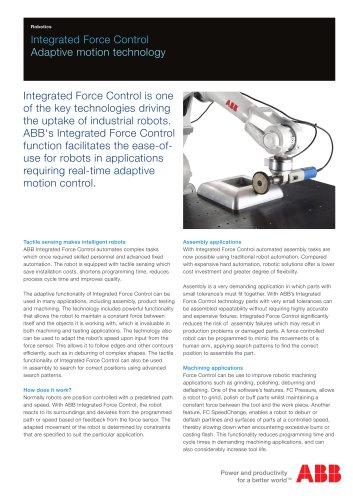 Product testing applications Product testing is another application area where tactile sensing has advantages. It can be used for test products, for example car seats, steering wheels, hatches, glowe compartments and other similar parts. A robot equipped with force control can perform repetitive tasks with pre-defined forces and movement patterns. Because the forces and movements can be recorded, highly secure traceability is possible. ABB Integrated Force Control technology provides for flexible robot automation for testing tasks that was once only possible with expensive hard automation....